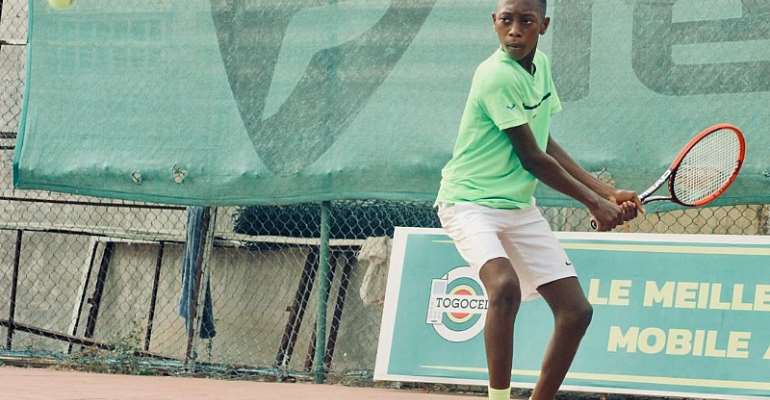 Lameck Bagerbaseh made sure Ghana ended her adventure at the ITF/CAT West and Central Africa Junior Championship on an outstanding note by winning the boys 14 and under singles final.

The Ghanaian youngster who has been one of the country's brightest prospects at the tournament, defeated his fellow compatriot Abubakari Yakubu-Lea 6-2,4-6,6-4 to cap a fantastic tournament for Ghana.

This win will definitely push the winneba-based Lameck up the ladder to rank among the top 20 best junior players in Africa.

However In the boy’s 14 and under doubles, Ghana’s Abubakari Yakubu-Lea partnered Eytan Miessem of Gabon to beat Ghanaian duo Raphael Ankrah and Lameck Bagerbaseh.

Coach Richard Ayi and Yahya Macaulay who led the players in the ongoing tournament were all smiles as the two Ghanaians got to the finals in both singles and doubles and with one eventually winning the championship after several attempts at clinching the top prize.