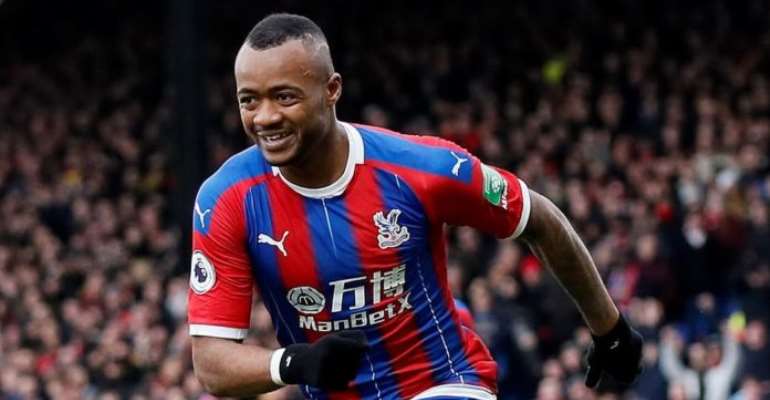 Ghana striker, Jordan Ayew has become the first Crystal Palace player to score home and away against Arsenal in a single English Premier League season since 1972.

The 27-year-old was on the score sheet against the Gunners on Saturday at the Selhurst Park.

Pierre Emerick Aubameyang' broke the deadlock in the on 12th minutes.

However, Jordan scored on the 54th minutes to snatch a point for the Eagles.

He has now become the first Crystal Palace player to score home and away league goals against Arsenal in a season since John Craven in 1971-72 league season.

Jordan was named the Man of the Match. He has scored six goals in the ongoing campaign for Roy Hodgson side.