Jordan Ayew Named Man of The Match Against Arsenal 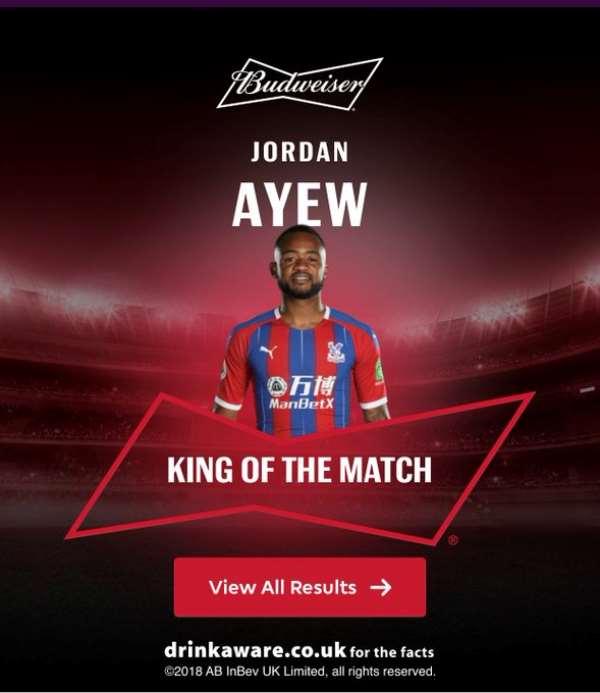 Ghana striker, Jordan Ayew was named man of the match against Arsenal on Saturday at the Selhurst Park.

The 28-year-old continued his impressive for the Eagles as he scored to snatch a point for the home side.

Pierre Emerick Aubameyang' broke the deadlock in the on 12th minutes.

However, Jordan scored on the 54th minutes to snatch a point for the Eagles.

He has scored six goals in the ongoing campaign for Roy Hodgson side.

The results leave Crystal Palace at the 9th position with 29 points.