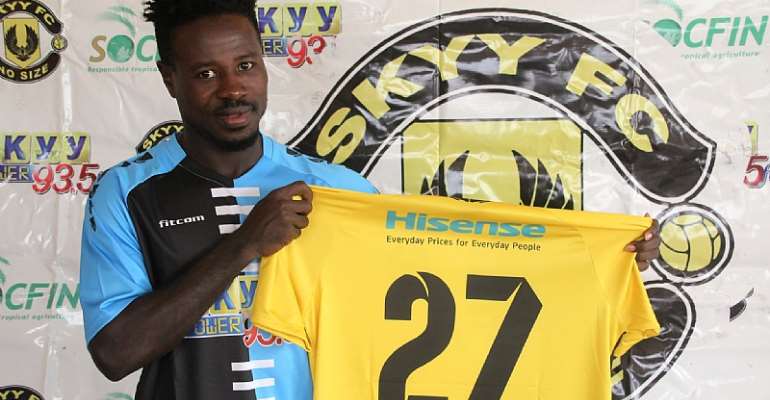 Lower Division side Skyy FC has announced the capture of defensive midfielder Benjamin Aboagye Dacosta, as well as striker Isaac Danso ahead of the start of the 2019/2020 Division One League season.

The club has set sight on enjoying a good campaign in the lower tier and has been in the transfer market to recruit players to strengthen the team.

Following successful negations, they have wrapped up the signings of Benjamin Aboagye Dacosta and Isaac Danso from Ghana Premier League side Karela United.

The confirmation of the signings came on Wednesday, January 8, 2020, when Skyy FC took to their official Twitter handle to unveil the two players.

They are expected to training with the club in the next couple of days before the season starts this weekend. They will be assessed by the technical handlers of the club and could mark their respective debuts when Skyy FC takes on Bibiani Gold Stars this Sunday.