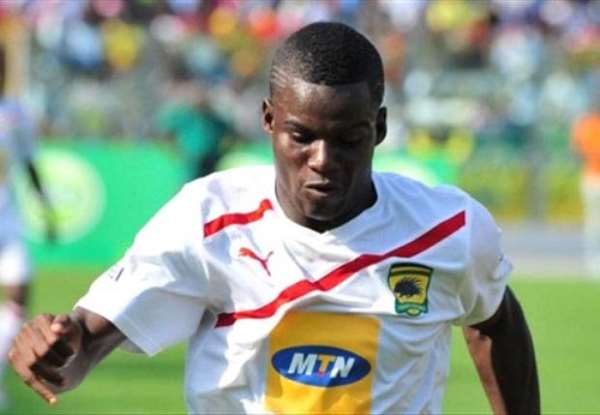 Ivorian international and AS Vita Club forward, Ahmed Toure has shared that playing for a different club and headlining a match with Kotoko’s Sogne Yacouba will be good to promote the Ghana Premier League.

The former Porcupine Warriors is reportedly in talks with Accra Hearts of Oak and could join the club for the ongoing 2019/2020 Ghanaian top-flight season.

While the player has already confirmed that he is close to joining a Ghana Premier League side, he has refused to name the team he is in negotiations with.

In an interview with Kumasi-based Fox Fm, Ahmed Toure has indicated his admiration for Asante Kotoko poster boy Sogne Yacouba.

Though he admits he will love to play alongside the Burkinabe import, he further stresses that it will good for the Ghana Premier League if he gets to play against Yacouba after he lands a deal with the Phobians.

“Yacouba is a very good player and I will like to play together with him, besides, imagine Ahmed Toure playing for Hearts of Oak against Yacouba at Kotoko, the market value of the match will go high, it will even draw people to the stadium”, Toure said.