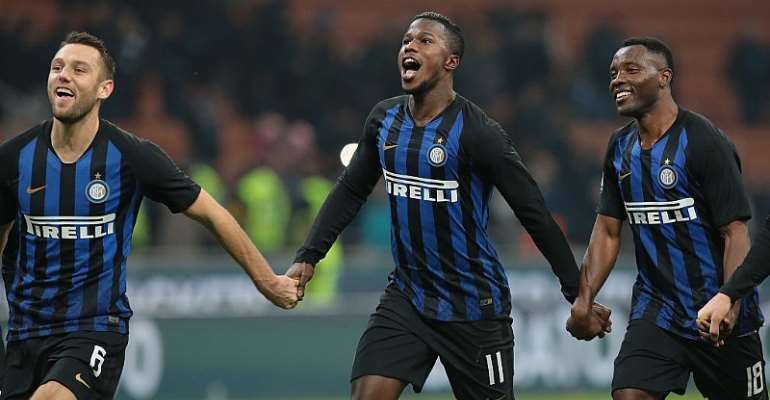 Kwadwo Asamoah has heaped praises on his Inter Milan teammates for their emphatic 3:1 away to Napoli in the Serie A on Monday.

Two goals from Romelu Lukaku and Lautaro Martinez second-half goal was enough for Antonio Conte's side.

The victory sees Inter tied on points with Juventus at the top of the standings, but are placed second by virtue of the Bianconeri having a better head-to-head record.

The 31-year-old Ghana international continues to remain sidelined with a knee problem and only featured once in December, playing 18 minutes off the bench in the goalless draw with Roma.

He is expected to feature against Atalanta this weekend.