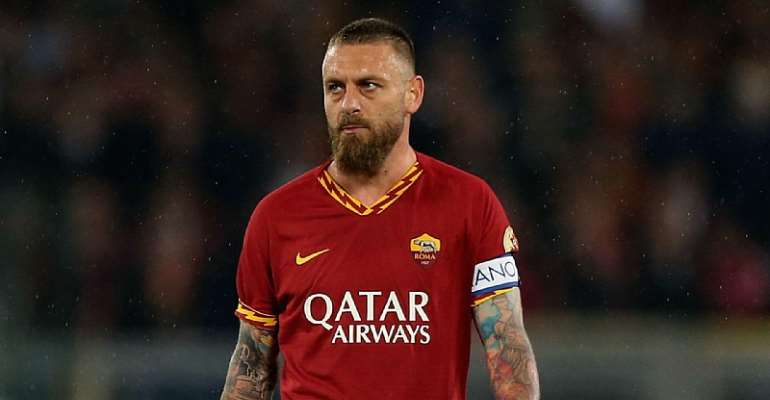 Roma legend Daniele De Rossi has retired from professional football at the age of 36 after leaving Boca Juniors, according to Sky in Italy.

His contract with the Argentine side was due to expire in June but the Italian World Cup winner has decided to retire from playing and could now return to Rome in a new role.

Doubts had emerged about De Rossi's stay in Argentina after changes at the top of the Buenos Aires club following elections. It is understood that he will explain the reasons for his decision and what he plans to do next at an upcoming news conference.

De Rossi joined Boca Juniors on a one-year deal in July following 18 years at Roma. He had previously expressed an admiration for the Bombonera in 2017.

However, he only managed six games for Boca, with injuries hampering his stay in the Primera Division.

De Rossi was a product of Roma's youth system and made 616 appearances for the Italian side, winning two Coppa Italias and one Supercoppa Italiana.