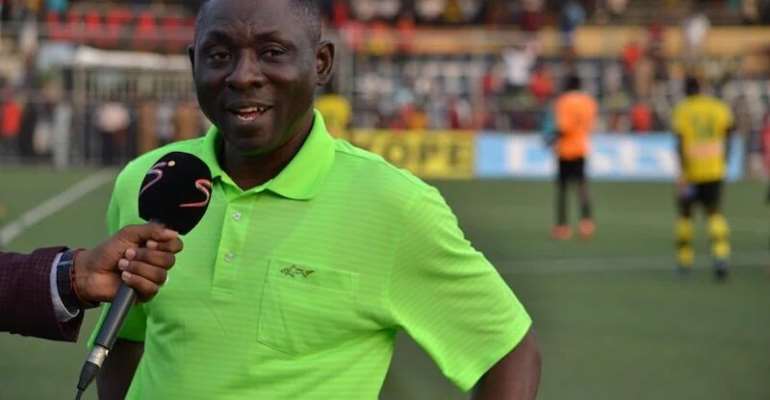 Portuguese coach has become the prime target of Accra Hearts of Oak as they hunt for a replacement for axed coach Kim Grant.

Grant was showed the exit on New Year's Eve after he failed to produce a UEFA License A certificate-a requisite for coaching a Premier League side in Ghana - which he claimed to have sat for the exams more than a year ago.

Officials of the club prefer to keep the identity of the trainer under wraps but his name popped up among a host of coaches, both local and foreign, who have been penciled to take the dugout responsibilities of the club.

If Hearts eventually settles on the unnamed coach, he will become the second Portuguese to coach the Phobians after compatriot Sergio Traguil (who was briefly in charge of the club in 2017) and also the sixth expatriate to have handled Ghana’s oldest existing club in the last decade after Serbian Vucicevic Nebojsa, Turkish Can Vanli, Japanese-American Kenichi Yatsuhashi, Portuguese Traguil and Scottish Frank Nuttall.

According to the Hearts source, although the club’s board of directors had hinted their preference for a local coach, with Edward Nii Odoom currently in charge as a stop-gap coach, the Phobians are casting their net wide and hope to engage the Portuguese once negotiations are successful.

“At the moment we are relying on Odoom and if he is able to prove himself it is likely he would be considered but I know that an outsider is the likely choice of the club; somebody from Portugal. It is likely he is the one we are considering because his name came up strongly. He was suggested by somebody and he could be engaged once the negotiation is concluded,” the source said.

Asked about the chances of the Tunisian gaffer who media reports suggested that negotiations had reached an advanced stage, the source said that report must be discarded because the club had not engaged in any negotiations.

According to the source, the report was just an agenda by a group of people who wanted to push their interest.

The source also rejected the possibility of the club re-engaging David Duncan because he was once with them but he found it difficult to take instructions and was also not open to suggestions.