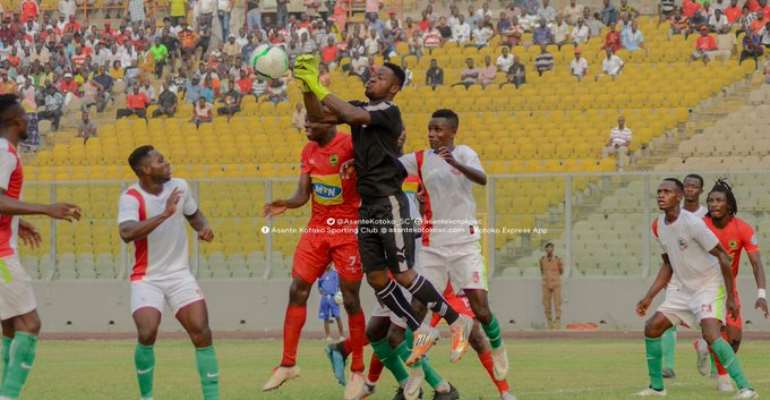 Head coach of Asante Kotoko, Maxwell Konadu has called on his players to improve despite recording a narrow win in their Premier League opener in the 2019/20 season.

Justice Blay gave the home side an early lead with a header in the 3rd minutes.

The Porcupine Warriors dominated the game in the first half but we slow in build in the second half of the game against the Techiman lads.

At the post-match presser, coach Maxwell Konadu registered his displeasure at the performance of his boys and warn them against subsequent occurrences.

"The season is still young and there are many teams who equally want to win the league hence we need to be competitive.

"We can't continue to play like this and expect to win the league.

"It's early days yet and we can't promise anything but, we know what we can offer our teaming fans, we are also here trying to win the league," he added.

Kotoko will be hosted by Legon Cities FC in the matchday two of the Ghana Premier League.