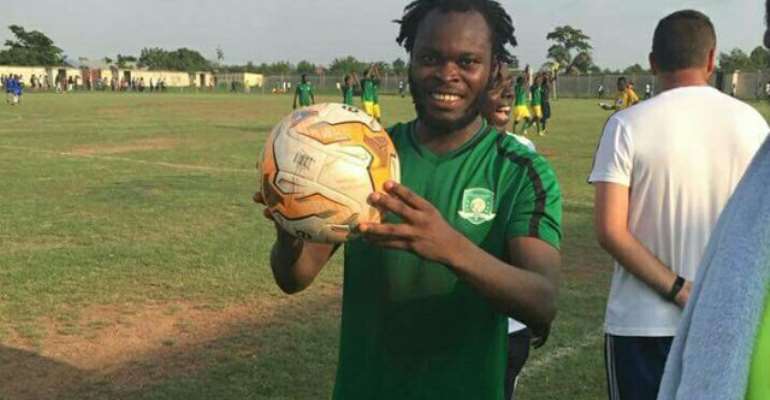 The former Asante Kotoko striker scored three goals as Aduana Stars got their campaign off to a flying start as they defeated Inter Allies 4-0 in Dormaa.

It was a perfect hat-trick as he scored with head, left foot and right foot.

Yahaya opened the scoring in the 14th minute, four minutes later he doubled the lead. His third goal arrived in the 72nd minute.

Justice Anane cemented the win with the fourth goal in added time.

Yahaya now sits comfortably at the top of the goal scorers chart and will be hoping to continue his fine run til the end of the season.