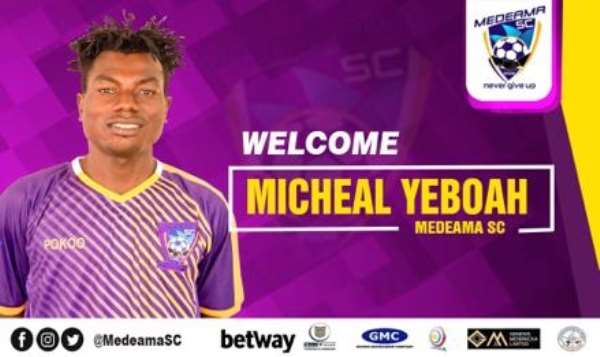 Ghana Premier League side Medeama SC has completed the signing of 7 new players today ahead of the start of the 2019/2020 season.

Nicknamed the Yellow and Mauves, the Tarkwa-based club is one of the favorites expected to contend for the league title throughout the upcoming season. In a bid to ensure they properly challenge the other favorites, they have secured the signing of some additional players.

They have snapped up the capture of former New Edubiase striker Prince Opoku-Agyeman on a three-year deal as well as former Kotoko midfielder Michael Yeboah.

Medeama SC will hoped the arrival of these players provides them with depth in their squad as the 2019/2020 League season kicks-off this Sunday, December 29, 2019.

Witness confirms Dampare’s involvement in the arrest of Abua...
54 minutes ago