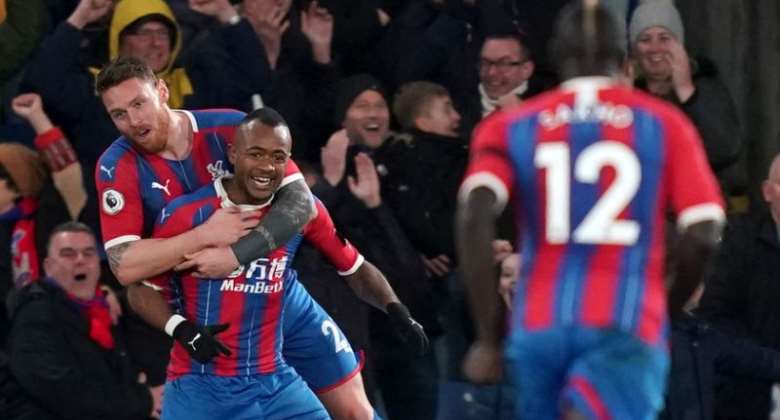 Ghana forward, Jordan Ayew has dedicated his solo strike against West Ham to the supporters of Crystal Palace.

The 28-year-old scored a sensational goal against the Hammers to fight back to win 2:1 at the Selhurst Park on Boxing Day.

He also set-up Cheikhou Kouyate with a knock-down for Palace's equaliser, as the midfielder swept home a volley from seven yards to cancel out Robert Snodgrass' opener.

He drove in from the right-wing, beat Declan Rice with a drag-back and dribbled around two more defenders before showing brilliant composure to send Selhurst Park delirious.

"When I had the ball I wanted to try and shoot with my left foot, I pushed it too far and tried to do everything on instinct," he told Amazon.

"This victory is for the supporters."
Manager Hodgson was happy to big up his striker in a team performance he said went beyond the call of duty.

"It was a fantastic effort. The second goal was one of those wonderful individual efforts that will live long in the memory, get lots of airings on TV," he said.

Rejuvenated Southampton will host Palace on Saturday at the Saint Mary.