PL: Spurs Return To Winning Ways With Comeback Against Brighton 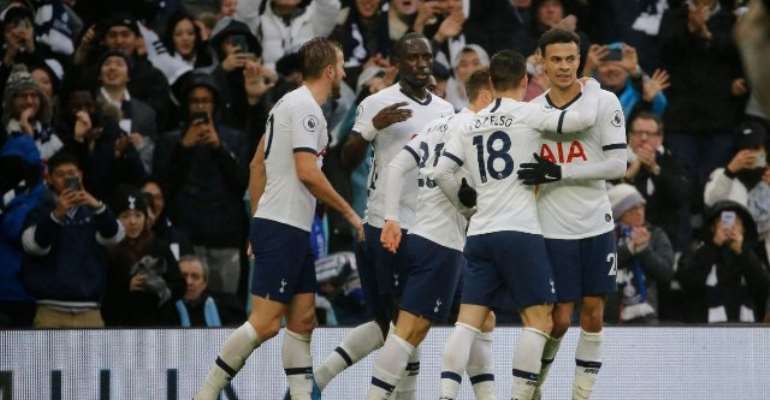 Harry Kane and Dele Alli scored second-half goals as Tottenham came from behind to beat Brighton and close the gap on fourth-placed Chelsea to three points in the lunchtime Boxing Day kick-off.

Jose Mourinho made two changes from his side that lost 2-0 at home to Chelsea on Sunday, with Ryan Sessegnon replacing the suspended Heung-min Son while Harry Winks took the place of Eric Dier in midfield.

And it was Winks who played a delightful ball over the top for Harry Kane as Tottenham thought they had broken the deadlock, only for VAR to rule the England international marginally offside.

Brighton - who thrashed Spurs 3-0 in one of Mauricio Pochettino's final games - seemed to be buoyed by the hosts' disallowed goal and they found themselves ahead eight minutes before the interval through Adam Webster's bullet header.

Kane wouldn't be denied, however, and he levelled the scores in the 53rd-minute, volleying home a rebound after Mat Ryan had made a good save initially. It was his eighth goal in just five Boxing Day appearances for Spurs.

After a first half in which they were too pedestrian-like, Spurs were much improved after the restart and in the 72nd-minute Alli gave the hosts the lead after a fine team move involving substitute Christian Eriksen and Serge Aurier, guiding the ball past Ryan with a first time shot.

It was a lead they would hold onto comfortably to move up to fifth place ahead of Thursday's later games. Brighton remain 13th.