Hearts of Oak Management Accused Of Being Money-Driven 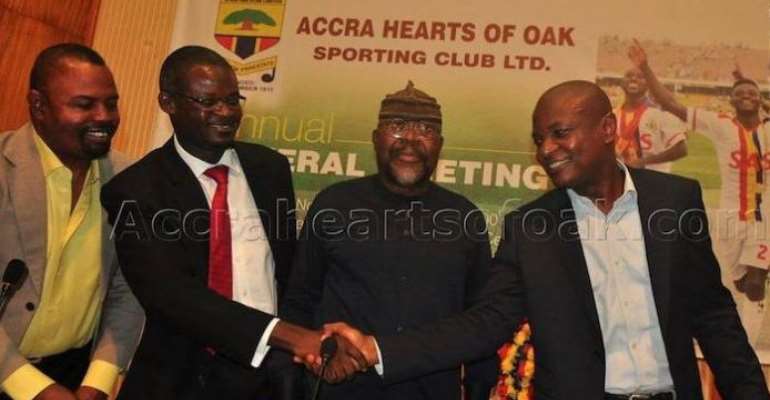 The National Chapters Committee PRO for Accra Hearts of Oak, Kobby Jones has taken a swipe at the management of the club for ignoring the plea of the supporters not to feature in the President’s Cup.

The Phobians lost narrowly to sworn rivals Asante Kotoko on Sunday afternoon in the 2019 President’s Cup staged at the Baba Yara Sports stadium.

Speaking to Storm 101.9 FM after the game, the vociferous football analyst explained the defeat was not born out of fatigue rather a lack of quality players.

“I won’t say our defeat to Kotoko was because of fatigue, the performance of some players introduced in the second half was not up to standard. We made this clear to the management that some players are not up to the standard of the club

“We the NCC Executives were not part of the game, we told them not to play the game, the spirit of the club is the supporters.

“We told GHALCA we have one week to start the league, so the date of the President Cup won’t help us.

“This can surely affect you in the league when you play against your bitter rival and lost.

“I can say the management are only interested in the financial benefit involves.

“I don't want to talk about the Umbro Jersey again, this was the reason why we were insulted bitterly with all kinds of words”

He urged the supporters to throng the stadium in the opening league game against Berekum Chelsea.

“We are looking forward to our league opener against Berekum Chelsea.

“We will urge all the fan’s to keep on supporting the club and we know we will never disgrace them” he concluded.