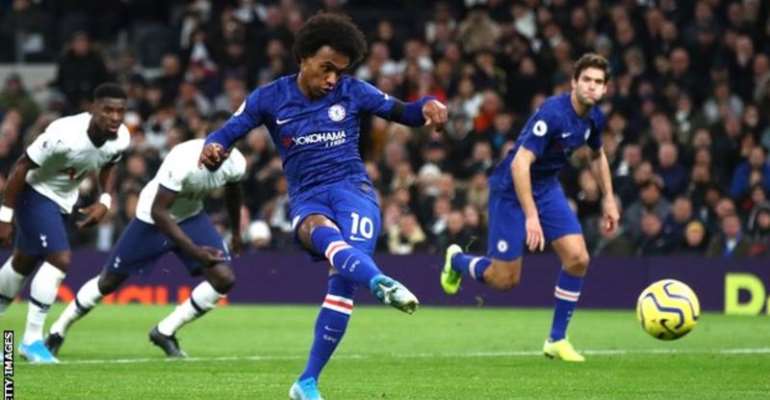 Rudiger was involved in the second-half incident that saw Tottenham's Son Heung-min sent off.

The striker was dismissed, following a video assistant referee review, for raising his boot in a clash with the German centre-back near the touchline.

Shortly afterwards, Rudiger, 26, appeared to gesticulate that he had received racist abuse from Spurs fans.

Chelsea drew the incident to the attention of referee Anthony Taylor and three subsequent announcements were made over the public address system warning that racist behaviour among spectators was interfering with the game.

The match was also held up when objects were thrown towards Chelsea keeper Kepa Arrizabalaga, capping a miserable afternoon for Spurs and Mourinho against his former club.

It marred an outstanding Chelsea display that halted their recent slide, with the game effectively won inside the first 45 minutes courtesy of Willian's superb curling finish and a penalty from the Brazilian awarded by VAR after Spurs keeper Paulo Gazzaniga had flattened Marcos Alonso.