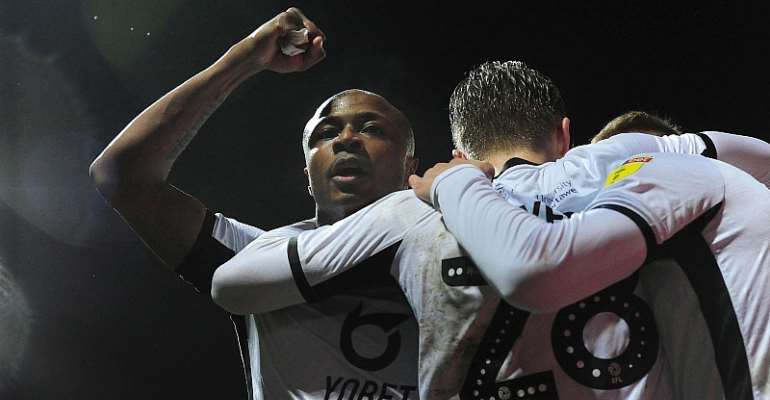 Ghana international, Andre Ayew says there is more to come from him despite taking his Swansea City tally into double figures for the season.

The 30-year-old propelled his side to a 1:0 victory at Luton on Saturday as he chested home Jay Fulton’s 82nd-minute cross.

That gave Ayew his 10th goal of the campaign and fourth in his last three appearances – having also netted in the draw with Blackburn, as well as a brace in the victory over Middlesbrough.

The former West Ham forward who is the vice-captain for the Swans was delighted to score another important goal for Steve Cooper’s side but says he is not resting on his laurels yet.

“It was a great, great feeling to score the winner,” he told the official club website.

“I have great players around me and I’m trying to utilise them in the best way.

“The players, staff and fans have a lot of confidence in me, so the only way I can repay them is by scoring goals, providing assists and giving my best in every game.

“It was a very important goal. I scored a few important ones in 2015. I need to try to keep getting those goals; that’s why I’m here.

“Scoring 10 goals isn’t bad, but I need to do more. This is just the beginning and I’m not going to get carried away.”

The Swans’ second win in as many games took them back into the top six at the midway point in the Championship season.

Cooper’s side had 20 shots on goal at Kenilworth Road and were eventually rewarded for their persistence as Ayew gave them a well-deserved victory.

“We won at home last week and wanted to keep our momentum going. Overall, I think we deserved the win,” Ayew added.

“Credit to Luton, they defended really well, made a lot of blocks and their tactical shape wasn’t bad at all.

“They caused us problems in terms of finding our way into their zone, but we dominated the game and played good football.

“It was important not to concede because we knew that if we continued to create chances, one would definitely go in.

“We kept pushing and believed in what we were doing from the start of the game. In the end, it paid off.”

Steve Cooper's side will be hosted by Brentford on Thursday.