Ibrahim Tanko's U-23 Team In Worse In History - Sammy Kuffour 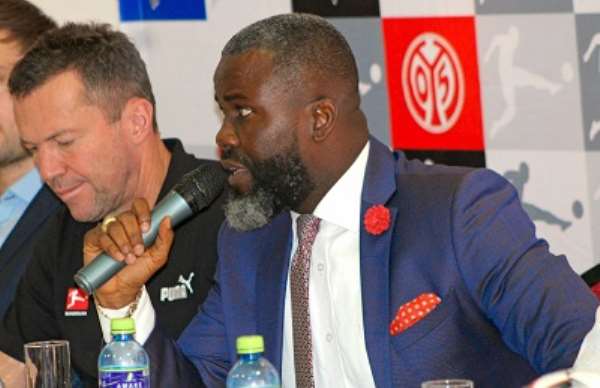 Samuel Osei Kuffour, a former Ghana defender, has described the recent Black Meteors side that participated in the U-23 African Cup of Nations (AFCON) in Egypt as the worst ever.

The National U-23 side failed to end a 15-year wait to feature at the Olympics since last participating in Athens, Greece in 2004 after finishing fourth at the competition which served as a qualification ground for the global showpiece.

And Kuffuor who is a successful footballer with German Bundesliga side, Bayern Munich noted that the national U-23 team played as if there was nothing at stake despite knowing of the Olympic Games qualification.

Speaking on the side-lines of a StarTimes Bundesliga legends tour, the former AS Roma and Asante Kotoko player said he was unimpressed with the performance of coach Ibrahim Tanko’s side which saw them failing to book a ticket to next year’s Olympics.

“For me, I think this U-23 team is the worse we have ever had. They played as if there was nothing at stake and it is very worrying,” Kuffuor told the media.

Ghana’s failure to qualify for the Olympics extends the nation’s wait to another four years and Kuffuor believes the issue must be addressed with urgency.