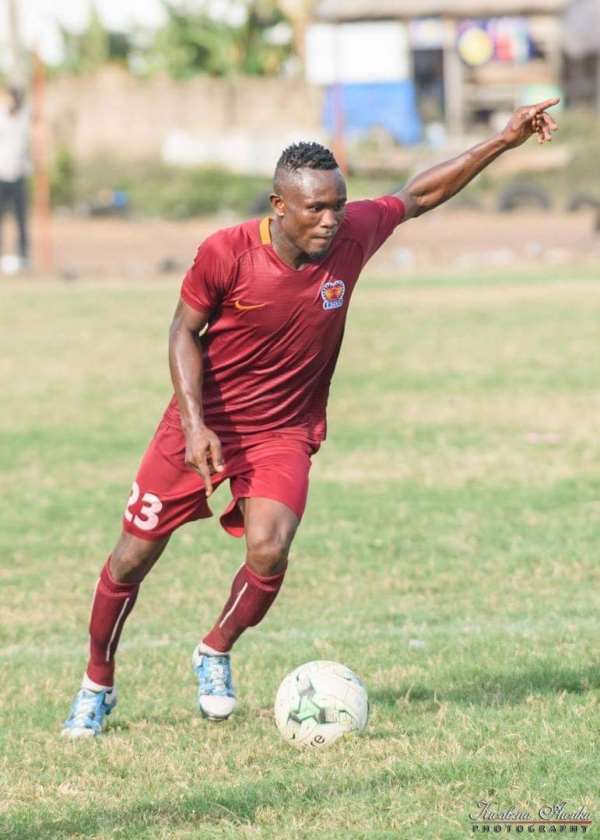 Nicknamed the Miners, the club has enjoyed a good campaign this year after emerging as the winners of the tier 2 of the Special Competition organized by the Normalization Committee.

Ahead of the start of the 2019/2020 Ghana Premier League season, Ashgold is hoping for more success and has hence been making the necessary preparations in the last couple of weeks.

They have now decided to do some recruitment to add to the depth of quality of players in their team to ensure they properly put up a challenge throughout the new season.

Information reaching Modernghana Sports has indicated that the Obuasi-based club is close to completing the signing of Eric Esso who has been training with them in the last couple of weeks.

The formal Hearts of Lions midfielder was in action for the Elephants over the weekend when they drew 1-1 with King Faisal in a pre-season friendly.

He impressed with the minutes he was handed and is now set to pen a contract with Obuasi Ashanti Gold.