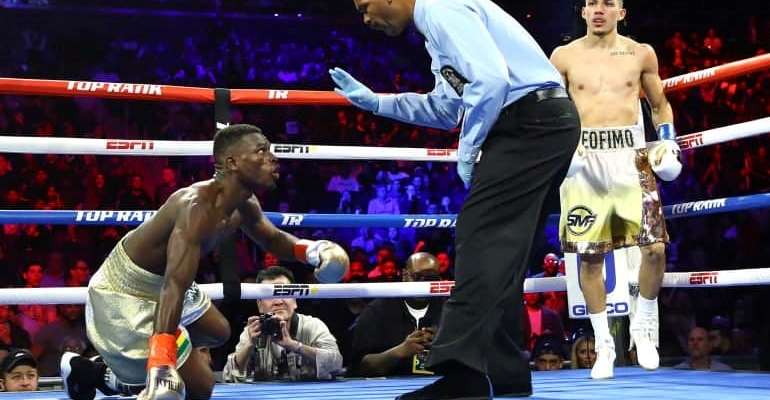 Former IBF lightweight champion Richard Commey has praised the new champion, Teofimo Lopez for his victory, but promised to come back better and stronger.

Speaking to the media after his surprise lose, Commey said he was caught clean by the punch from Lopez that sent him down in the first round and the referee did well to stop the fight as the boxing authorities do not want to see lives lost in the ring.

According to Commey many great boxers have been hit and gone down, but came back strongly, like Mohammed Ali, Lennox Lewis, Manny Pacquaio and lately Anthony Joshua.

Referee David Fields stepped in to prevent an upright Commey from taking unnecessary punishment 1:13 into the second round.

It is now set that Teofimo Lopez is most likely to face next opponent, the ruthless Vasiliy Lomachenko.