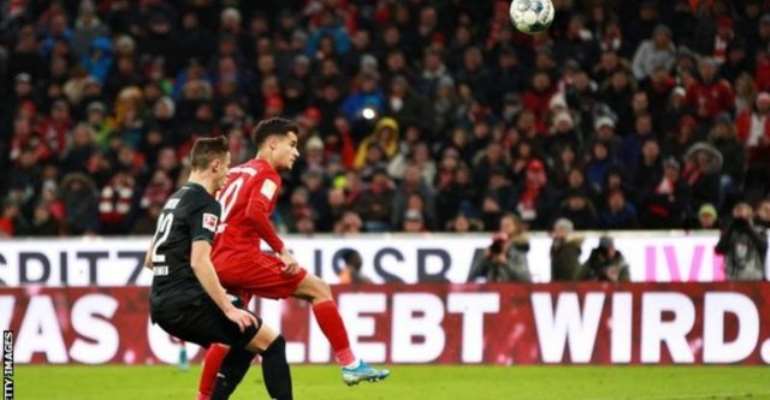 Brazilian Coutinho tapped home Bayern's first before an outrageous lob for his second and then curled a 20-yard shot for his hat-trick.

Milot Rashica had given Werder the lead before Bayern came back - with Thomas Muller scoring the hosts' other goal.

Lewandowski has scored a remarkable 29 goals in 23 games this season.

Bayern move up from seventh to fourth in the table, having lost their previous two league games.