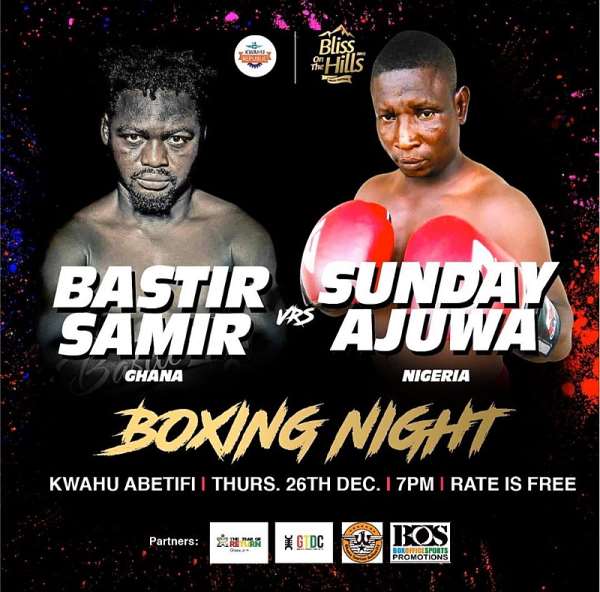 The big boxing promotion coming up at Abetifi, Kwahu is heating up gradually as the boxers raise their training and preparation levels.

According to hardworking young promoter Alex Ntiamoah Boakye, all the boxers on the bill are ready and have promised to give the people in the Eastern Region nothing than classic boxing.

The aspiring Assembly member said other boxers who are hungry and thirsty for bouts wish to be on the bill and if all goes well the people of Abetifi are going to see some of the future boxing champions.

He said so far all the boxers mentioned for the programme like Bastie Samir, George Ashie, Sherif Quaye, Michael ‘One Bullet’ Ansah, Maxwell Awuku, Manyo Plange and the young sensation Alfred Lamptey are all in high spirits and ready to rumble.

Alex Ntamoah said a Media Work Out has been arranged for Bastie Samir, who is the big star on the bill on Monday 16th December, 2019 at the Sports Hall, Accra Sports Stadium at 10:00am.

He urged the sports media to come and know the preparations of the boxer who shocked Bukom Banku at the Bukom Boxing Arena.