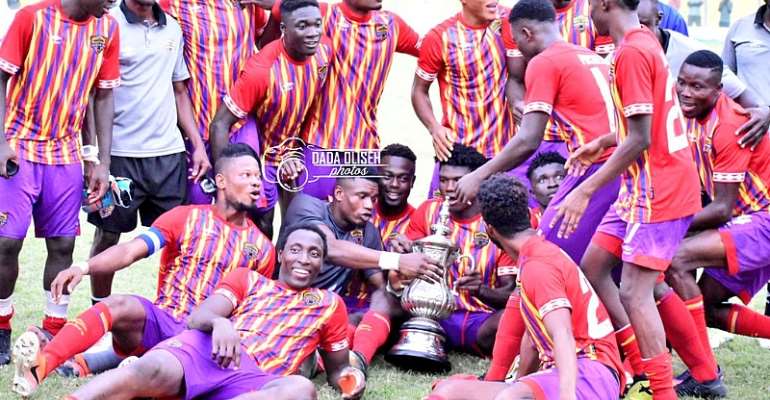 Accra Hearts of Oak’s decade drought with regards to the Ghana Premier League will end at the end of the 2019/2020 season, popular Ghanaian football soothsayer Seer Gyan has revealed.

The last time the Phobians emerged as winners of the top-flight was way back in 2009 when they lifted the enviable title for the 20th time.

Since then it has been try and error for the Accra-based club as they continue to yearn for a season where they will conquer the domestic scene once again.

In an interview with Kumasi-based Nhyira FM however, Seer Gyan has revealed that Hearts of Oak will end their Premier League drought in the upcoming season.

“Hearts of oak, will end their premier league trophy drought this season but if they lose four points to Ashgold, they will forfeit the trophy to them”, Seer Gyan said.

Opening up on how Asante Kotoko’s season will go as well, the man of God shared that the Porcupine Warriors will draw more of their matches in the upcoming campaign.

“Kotoko will end their winless streak record against Aduana Stars at Dormaa this season, also they should be very careful in their third home game to avoid a home ban. Kotoko will lose fewer games but will have more drawn games this season”, he shared.

Meanwhile, the Ghana Premier League has been scheduled to start on the weekend of December 27-29, 2019.