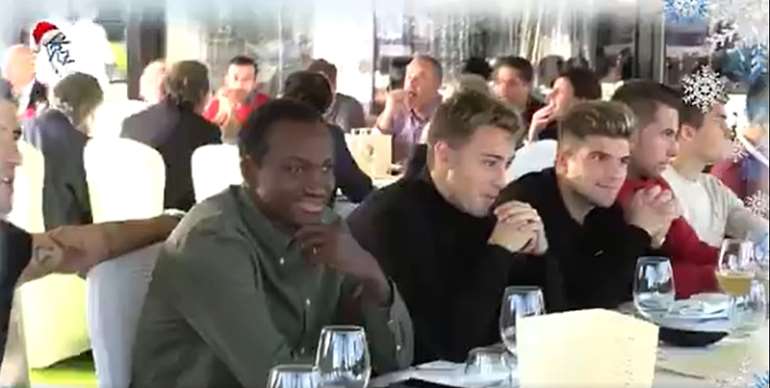 Spanish second-tier side, Real Zaragoza hosted Ghana forward, Raphael Dwamena at their end of year Christmas party at the Aura Restaurant on Tuesday.

Dwamena joined the Zaragoza in the summer on a long season loan deal from UD Levante but his contract has been terminated due to health issues.

The doctors of the club detected problems with his heart.

Dwamena is currently under treatment in Spain.
Fernando de Yarza, President of the Zaragoza 2032 Foundation, took the floor and had some affectionate words towards Raphael Dwamena.

He pledged his support for the enterprising forward due to his unfortunate situation.

However, Dwamena has been advised to quit playing active football by Spanish doctors.

The technical staff and staff of Real Zaragoza, together with the members of the Board of Directors, Foundation and Directive were all present at the party.