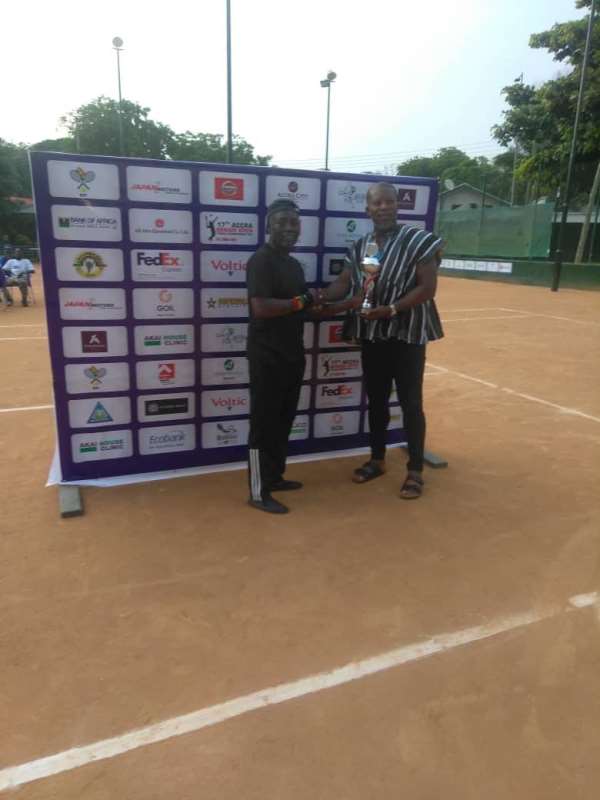 In the first set, Joe Paddymo took an early break to lead 3-0 and maintained his composure to win the set 6-0. In the second set, Adewale began to move forward only for Joe Paddymo to keep finding a way past him and the set 6-0.

However, in the semi-Professional singles, GTF executive board member Cedric Dzelu and active member of Ghana Tennis Club showed his superiority over home-based Isaac Dapaah beating him 6-3 4-6, 11-9.