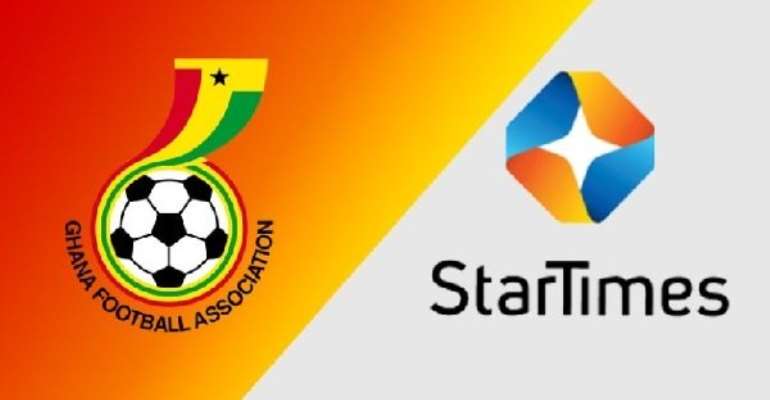 Following the announcement by the Ghana FA on Thursday that it was open to taking bids from media entities interested in broadcasting competitions in the upcoming Ghana Premier League season, the question that has arisen is whether or not the FA has terminated its contract with Chinese television company, StarTimes.

In 2016, The Ghana FA and StarTimes signed a contract in relation to the broadcast of various competitions under the FA’s umbrella including the Ghana Premier League, the MTN FA Cup, the Women’s League and FA Cup.

The deal was to last for 10 years and in addition to broadcasting football, StarTimes had to put up football pitches all over the country.

However, the fate of that contract has taken a very unsure direction as the Ghana FA on Thursday stated that they were interested in receiving bids from media organisations in the country concerning local football.

The announcement added that the Ghana Premier League, Division One League, Women’s Premier League, FA Cup, Women’s FA Cup were the competitions on offer and that interested media organisations could bid for all or a mix of some of them.

The announcement further stated that December 10, 2019 was thew deadline for the submission of bids.

So far, StarTimes have not said anything about broadcasting the new Ghana Premier League which starts on December 28.