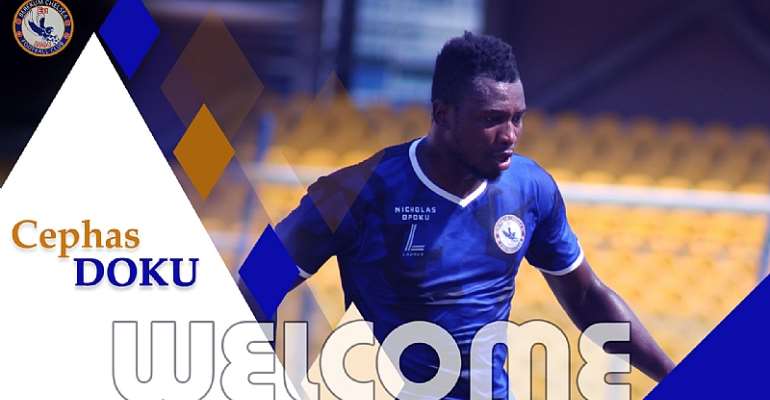 Modernghana Sports can confirm that Berekum Chelsea has completed the signing of striker Cephas Doku from Liberty Professionals ahead of the start of the 2019/2020 Ghana Premier League season.

The top-flight side is determined to make a good account of themselves in the upcoming season and has decided to make good use of the open transfer market to register some new players.

Following successful negotiations between the management of Chelsea and the handlers of Cephas Doku, the forward has signed a 3-year permanent deal expected to run until 2022.

The striker joins the Blues with a lot of potentials and will be expected to beef up the forward line of the side when they begin their campaign in the Ghana Premier League which has been scheduled to kick off on the weekend of December 27-29,2019.

Cephas Doku is the second player to join the club in the last 24 hours following the announcement of Osmanu Nasiru on Tuesday who he joined from lower division side Still Believe.