Ghana star, Clifford Aboagye was involved in a serious road accident in Mexico on Sunday, December 1.

Aboagye who plays for Gallos Blancos in the Mexican top-flight suffered the accident on the Avenida 5 de Febrero road in the city of Querétaro when his car was rammed by a pick-up truck from behind.

However, he did not sustain any serious injuries as he came out of the car unhurt.

Security and medical officials were quickly deployed to the scene and they found that no one suffered serious injuries, so none of the car occupants were transferred to the hospital care.

Traffic in the area was affected for a few minutes until the units were removed and Clifford had to move to the Public Ministry to give his statement. 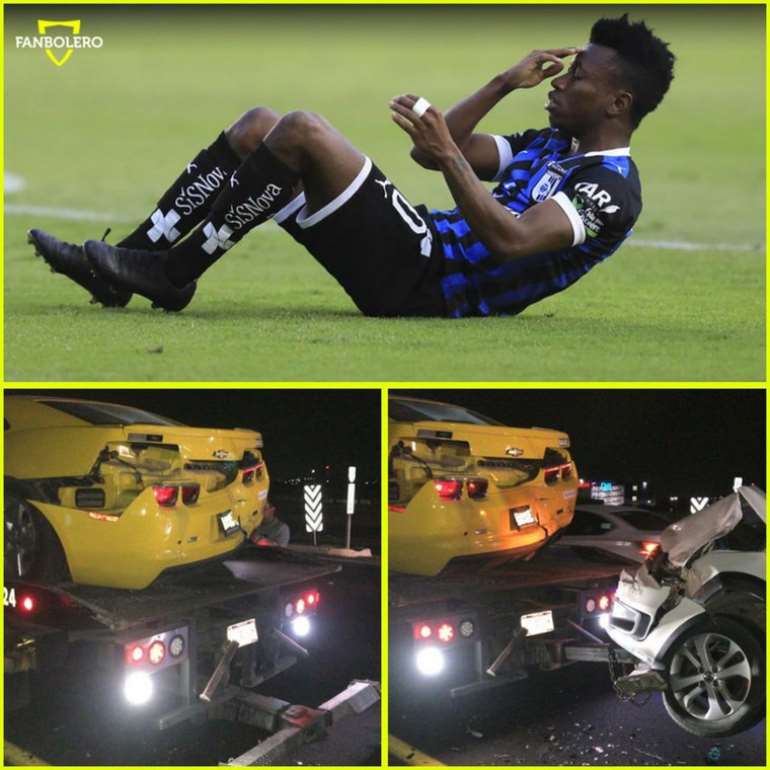 Various eyewitness accounts indicate that Clifford Aboagye stopped in the middle of the road to search for his wallet which he mistakenly dropped and the pick-up driver who was driving on a high speed rammed his car.

The 25-year-old was part of the Black Satellites team that finished third place in the 2013 FIFA U-20 World Cup and his splendid display won him the Bronze Ball of the tournament.