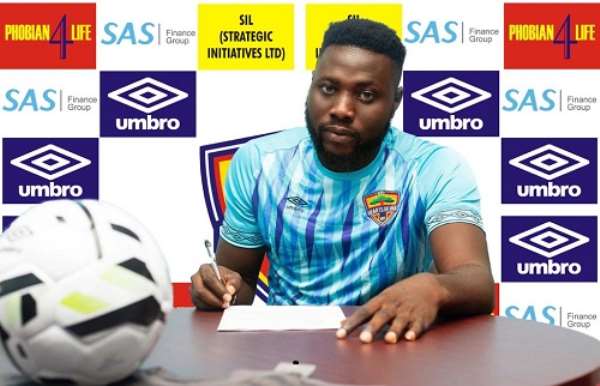 Richard Attah has expressed delight after joining Hearts of Oak describing the club as the biggest on the continent after completing his dream move.

The promising shot-stopper joined the club after seeing out his contract at former side Elmina Sharks.

He posted on his Facebook page: ''Finally am a member of the biggest club in Africa.......A very big thanks to those who help me made this dream possible. God bless you all.''

The shot-stopper was outstanding for his former club Elimina Sharks as he kept eight clean sheets in 11 matches in the GFA Normalization Committee Special Competition.

He is expected to offer competition for goalkeepers Richmond Ayi and Ben Mensah at the club.

With the Ghana Premier League scheduled to start later this month, he will need to prove his worth in training to manager Kim Grant in order to earn a starting role.