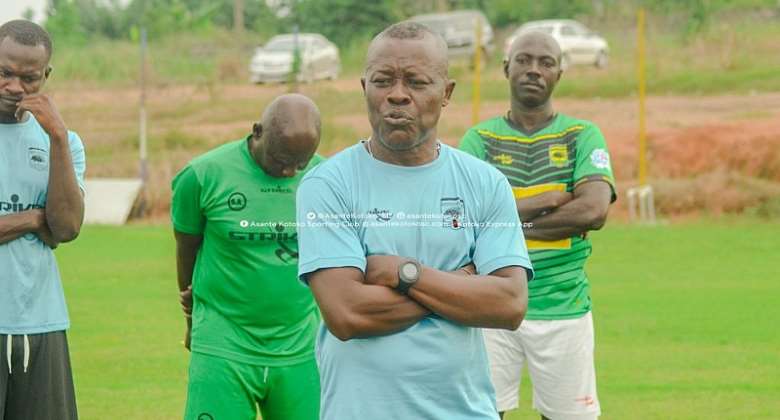 Interim coach of Asante Kotoko, Johnson Smith, beleives his outfit does not need new players to deliver a good performance in the coming season.

The former Karela United gaffer has been tasked to prepare the club for the upcoming Ghana Premier League season.

According to him, he is impressed with the current players and has assured to deliver.

"I have a good squad and I am content with them, they are about 34 in number. Though some of them may be transferred to other teams, and some are opting not to renew their contract, we should be able to work with what we have” he told the Graphic Sports.

“I’m not bent on recruiting new ones. I will train those I have and ensure they play to my philosophy," the coach who last October 12, made a third return to Kotoko as an assistant coach, stated emphatically.

He, however, admitted that "I have a couple of good players on the injury list right now, like Abdul Ganiyu, Maxwell Baakoh, Richard Senanu. Hopefully, they will recover soon and join the team in good time to help us achieve our objective for the season.”

Johnson was an assistant to Coach Bashir Hayford, Maurice Cooreman, the late Herbert Addo and Paa Kwesi Fabin left the club in 2008.

Enjoying an acting role on his return, Coach Johnson insists his focus will be to get the team to put up a good performance during the season so as to secure a place for any of the continental club competitions.

“My main aim is to by all means return the team to play in one of the African club competitions. Kotoko is a big club and as such they have to compete in big competitions", he noted.

He has thus appealed to all fans of the Porcupine Warriors to rally their support behind his effort to build a formidable and winsome side that all Kotoko fans would be proud of.

"I am building a very strong team that can win against any team and as well play to the admiration of the fans."

“I know the supporters want to see good football so that is what I am doing. I only need time and support from Kotoko fans", he intimated.

Johnson Smith assumed as the stop gab coach for the club following the sacking of Kjetil Zachariassen.