CAF U-23 AFCON: Evans Mensah Named Man Of The Match Against Cameroon 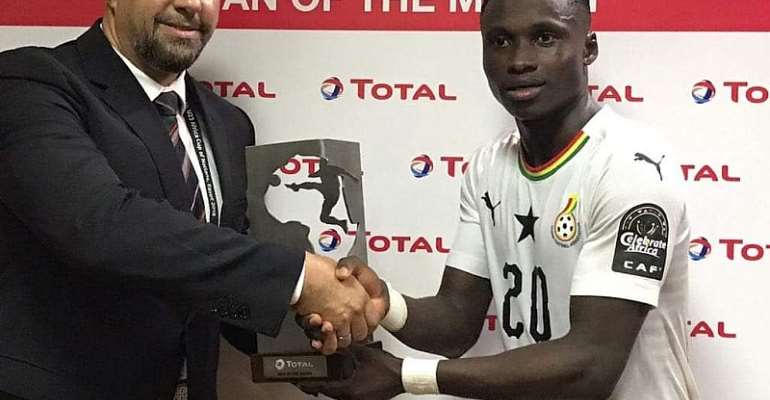 Talented Evans Mensah has been named the total man-of-the –match award in Ghana’s 1-1 draw with Cameroon.

The HJK Helsinki ace put up an impressive performance on the pitch on Friday evening.

The 24th year old was involved in most of the action and kept the Cameroonian defense on their toes.

The former Inter Allies man attracted many free kicks for Ghana at advantageous positions, a performance which gave the CAF technical study Group no option than to name him as the man of the match.

Mohammed Habib scored late to help the Black Meteors pull a draw after Stephane Zabo struck midway in the second half with a stunning free kick.

Ibrahim Tanko and his lads will take on Egypt on Monday in their second group match. 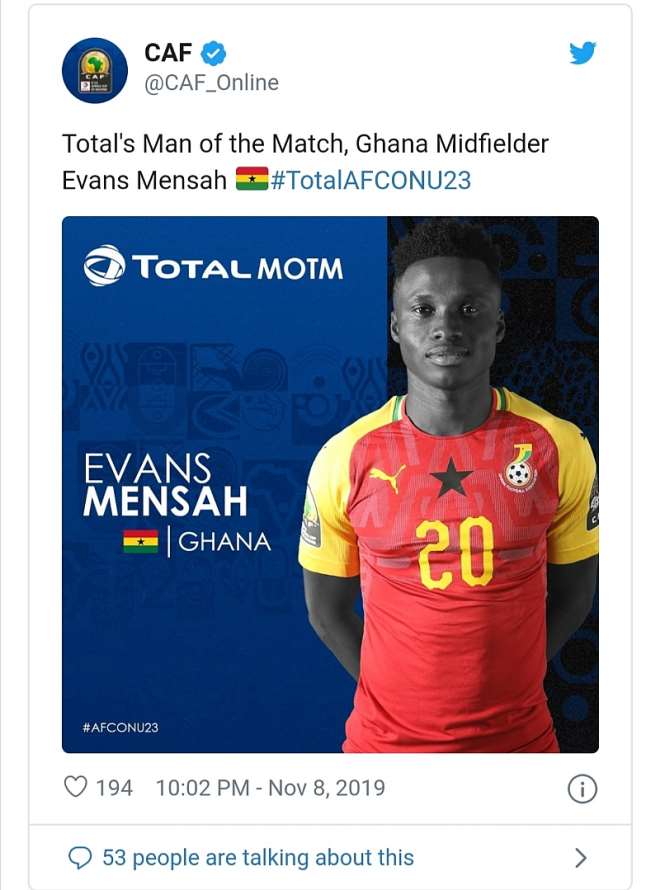