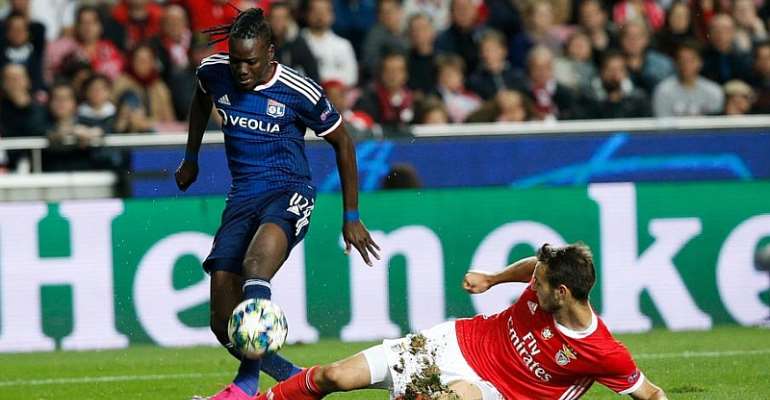 Olympique Lyonnais revived their hopes of reaching the Champions League last 16 when first-half goals by Joachim Andersen and Memphis Depay helped secure a 3-1 win over Benfica on Tuesday.

Lyon, who had drawn their previous six home games in the competition, are second in Group G with seven points from four games, two behind RB Leipzig after the German side claimed a comfortable 2-0 win at Zenit St Petersburg.

Zenit are third on four points and Benfica, who reduced the arrears through Haris Seferovic before Bertrand Traore put the result beyond doubt, are bottom of the table on three.

Lyon travel to St Petersburg and Leipzig host Benfica in the penultimate round of matches on November 27.

Depay doubled the lead from close range, latching onto a cross from Houssem Aouar after 33 minutes before being replaced by Maxwel Cornet for the second half after feeling thigh pain.

Benfica stepped up a gear after the break and substitute Seferovic beat the offside trap to pull one back from close range in the 76th, the goal being awarded after a VAR review.

Traore, however, restored Lyon's two-goal lead a minute from time with a low cross-shot from inside the area.