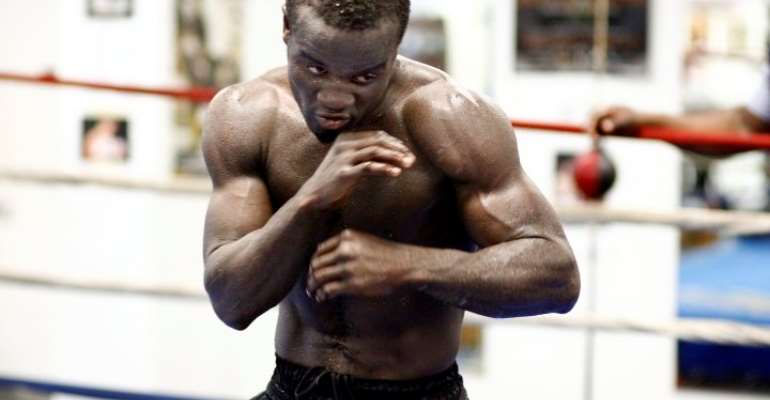 Clottey is set to challenge Jacobs as a co-feature bout on the Nigel Benn-Sakio Bika headline event on the night in the United Kingdom.

The upcoming fight is expected to be one the biggest fight of Clottey, alias “Grandmaster”, in recent time since losing to the legendary Manny Pacquaio in 2010.

Clottey’s consecutive victories upon his ring return saw him calling out Pacquaio for a rematch having lost a unanimous decision to the Filipino nine years ago.

“I want that (Pacquiao) fight so badly just to redeem my image but that opportunity is not available. However, if it comes I will grab it,” Pacquaio said.

However, Clottey must deal with the Colchester born Jacobs alias ‘Sweet T’ who currently holds the WBF European and the International belts.