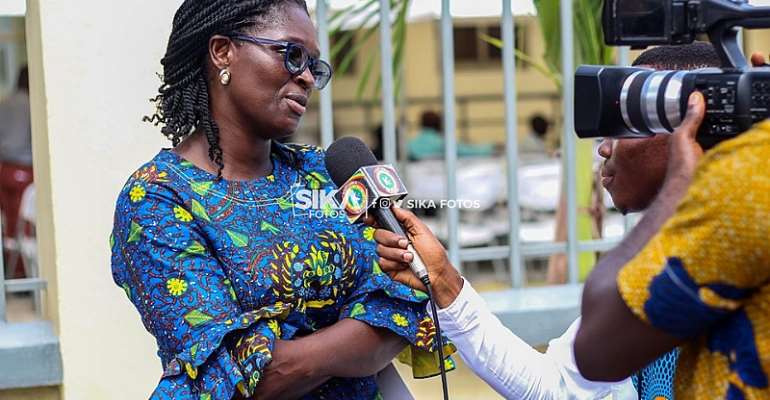 Evelyn Nsiah Asare has expressed her sincere gratitude to delegates all voted on Thursday for representatives to serve on the Ghana Football Association (GFA) Executive Council despite failing to secure the slot.

According to the Sports Writers Association of Ghana (SWAG) member, the elections have exposed her popularity that proves people are recommending her good work at the GFA.

The welfare officer of the Black Queens said the victory of Madam Habiba Atta is just like she won because she would have stepped down for her if necessary, however, the election must be held to see who is the most popular female football administrator in Ghana.

She promised to support Madam Atta to organize and work hard for Ghana Football to succeed.

Meanwhile, the president of WOSPAG, Mrs Joyce Mahama has expressed her shock at the results of the polls.

However, the executive director of Women In Sports Association (WISA) Madam Gloria Commodore aka Mama G in sports circles has congratulated her colleague Habiba Atta for winning and said the young must respect the old because they have experience and connections.

She said Habiba Atta deserve to win because she started organizing girls to play football in Ghana and she must be honoured.

Police hunt for five members of kidnap syndicate in Savannah...
37 minutes ago