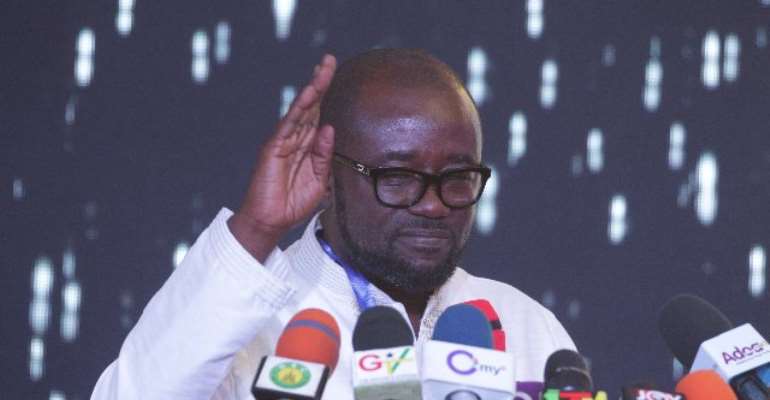 President Nana Akufo-Addo has congratulated the newly elected president of the Ghana Football Association, Kurt E. S Okraku and has charged football stakeholders to rally behind him.

The Dreams FC boss has been elected as a replacement of Kwesi Nyantakyi in Accra today, Friday.

The president also urged the nation to rally behind the vision of the new GFA boss for the development of football in the country.

George Afriyie, who had 40 votes in the first round improved to 43 votes but was still well behind Kurt Okraku.

Nana Yaw Amponsah saw his votes tally fall from 27 in the first round to 16 in the second.

However, as delegates were voting in the third round, George Afriyie conceded, saying he was “a unifier and a team player who works for football.”

In the third round, Okraku was endorsed by 93 delegates.

Kurt Okraku thus becomes the 7th GFA President since 1992 and the 24th in the Association’s history.

Kurt Okraku will serve a maximum of two four-year terms in office following the adoption of the new statutes of the GFA at September’s Extraordinary Congress.

Bawumia to deliver keynote address at Nottingham University ...
14 minutes ago