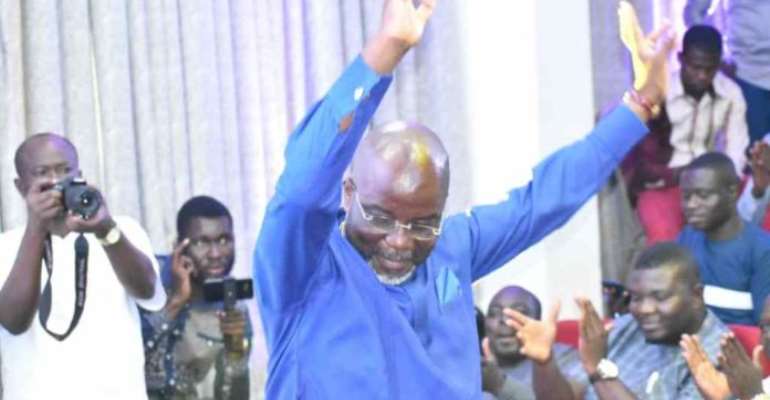 Court of Arbitration for Sport (CAS) is expected to decide the fate of Friday's Ghana Football Association (GFA) presidential election within the next 48 hours.

This followed a notice sent to the appellant, Wilfred Kwaku Osei (Palmer), by CAS in respect of the GFA's response to a request by the Switzerland-based international arbitration body last Monday.

Briefing the Graphic Sports Online on Tuesday, a source close to Palmer revealed that CAS hinted of coming out with a ruling on Palmer's injunction application on the election on or before Friday.

The source stressed that if CAS expedites action on the injunction within the stipulated time as requested by the appellant, the decision might affect Friday's presidential election.

It further disclosed that the CAS correspondence indicated that the GFA responded to the CAS request last Sunday, beating the Monday deadline.

It will be recalled that CAS wrote to the GFA last Thursday to notify it of a statement of appeal filed by Palmer in respect of his disqualification from the GFA election, and gave the Normalisation Committee (NC) 48 hours to respond to the claim.

According to the source, the NC stated in its response that Tema Youth owed the GFA in respect of Joseph Paintsil's transfer from Ferencvaros of Hungary to KRC Genk of Belgium last year, hence his disqualification.

The NC is demanding 300,000 euros from Tema Youth being the GFA's 10 per cent share of the 3million euros record transfer fee of Paintsil, but Palmer maintains that the GFA is not entitled to any fee since it was the body which issued the player's International Transfer Certificate Certificate (ITC).

Palmer backed his claim by attaching the record of the Transfer Matching System (TMS) in his statement of appeal to CAS which revealed that FIFA eventually issued an ITC for Paintsil, while the Hungary FA delayed in doing so.

It was based on the role played by FIFA in the player's transfer that Palmer enjoined the world soccer controlling body as a party to the arbitration.

CAS is expected to arbitrate on the case and come out with a ruling in the coming days.

Meanwhile, Thursday's constituent bodies' elections will still go ahead since Palmer's injunction application did not affect them.

Premier League, Division One and Elite Women's clubs will go to the polls on Thursday to elect their representatives for the 12-member GFA Executive Council (ExCo).