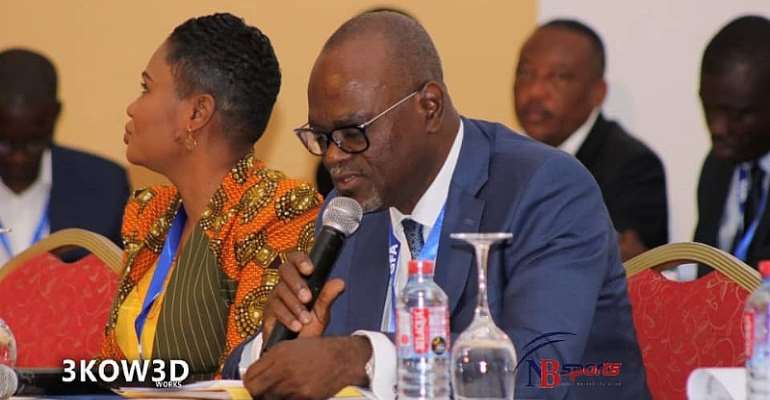 The Normalization Committee of the Ghana Football Association has responded to the Court of Arbitration for Sports (CAS) over moves by the disqualified presidential candidate of the FA, Wilfred Osei Kwaku Palmer to place an injunction on the upcoming GFA elective Congress.

According to reports, the Normalization Committee sent the response to CAS 12 hours to deadline which is 10:00am today Swiss time.

CAS demanded a swift response from the Normalization Committee of the Ghana Football Association to claims made by the Tema Youth Football Club owner.

Osei Palmer filed an appeal at CAS to overturn the Normalisation Committee’s (NC) decision to disqualify him from the 2019 GFA presidential race.

He requested the Court of Arbitration of Sports to place an injunction on the upcoming elections of the Ghana FA slated for 25th October following his disqualification.

Osei Palmer believes he was handed a raw deal by the NC of the Ghana FA hence running to CAS to seek redress.

Osei through his legal representative was seeking for four reliefs:

1. A declaration that Respondent’s Elections Committee’s decision contained in its letter dated the 4th day of October 2019 is null, void and of no effect.

2. A declaration that upon a true and proper construction of the eligibility criteria set forth in the Respondent’s letter of 4th October 2019 for disqualifying Claimant from contesting the presidency of the Respondent’s Executive Council are not justifiable.

3. An order nullifying any election conducted by Respondent pending the final determination of the instant proceedings.

4. An order directed at Respondent to conduct fresh elections, giving each candidate a fair chance of contesting same based on Respondent’s rules.

The Normalization Committee presidential debate is expected to take place at the College of Surgeons and Physicians at Ridge in Accra at 18:30GMT.