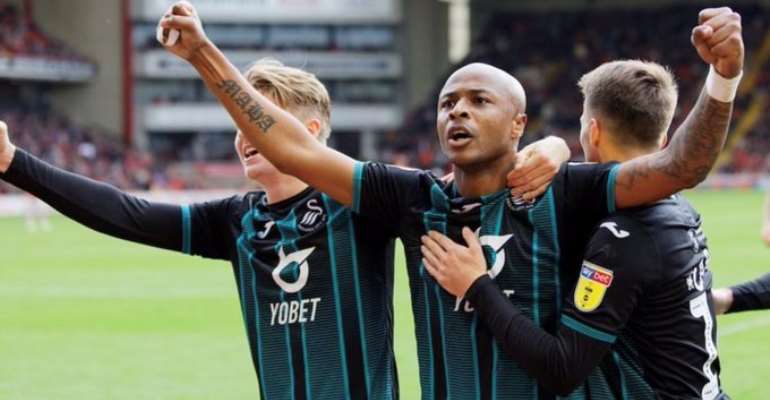 Black Stars captain, Andre Dede Ayew has shared his delight after scoring his third goal of the season for Swansea City in the English Championship.

The former u-20 World Cup winner has been impressive since the start of the 2019/2020 season and has managed to establish himself as one of the key assets of the side.

He enjoyed a good day at the office on Saturday afternoon when the Swans traveled to Barnsley to honour a match week 12 fixture.

At the end of an evenly matches contest, both sides settled for a draw with the Ghanaian attacker finding the back of the net on the 67th minute to give his side a deserved lead.

They could however not hold on and conceded three minutes later when Alex Mowatt restored parity for Barnsley.

Ayew has taken to his Twitter handle to share how happy he is after netting his third Championship goal of the season though he wishes Swansea had been able to amass all 3 points from the game.