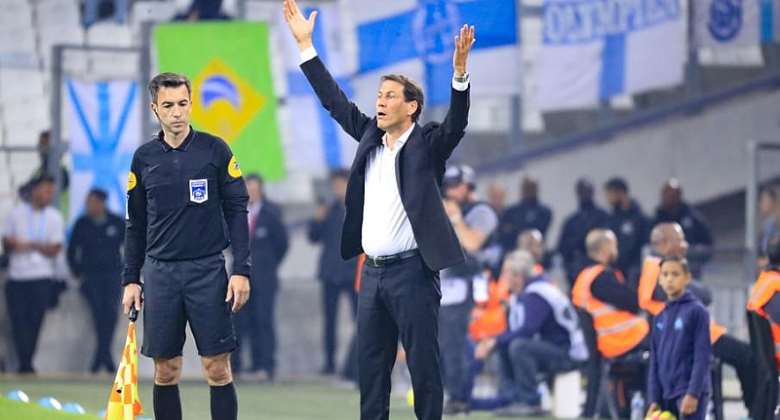 The 55-year-old's appointment was greeted with anger by Lyon supporters because of his three-year stint at bitter rivals Marseille. He was roundly booed at the Groupama Stadium ahead of kick-off.

Garcia's day did not get any better, as his side wasted a string of excellent chances against dogged Dijon.

Lyon, who sacked Brazilian Sylvinho, in his first job as a head coach, after only 11 matches earlier this month, have failed to win in eight league games.

The draw left Lyon, who have not finished outside the top five since 1998, languishing 14th in the table after 10 matches, just one point above the relegation zone.

The seven-time French title-winners, who were widely tipped to be Paris Saint-Germain's closest challengers this season, are 14 points adrift of the defending champions.