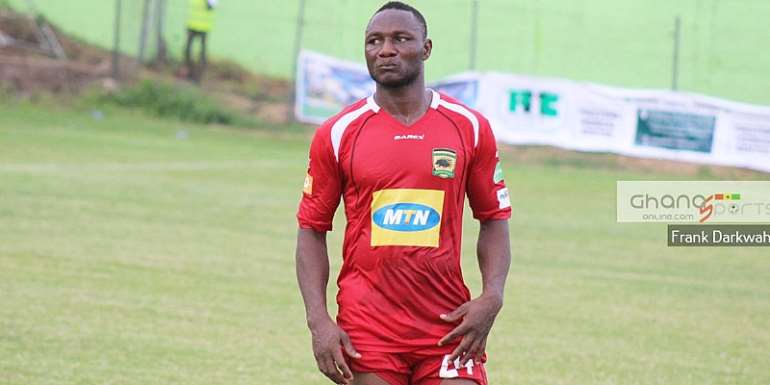 Kumasi Asante Kotoko is expected to miss the services of Wahab Adams when they welcome Ivorian side FC San Pedro to Ghana later this month after the defender was confirmed to have suffered a groin injury.

The Porcupine Warriors are currently preparing for the final round to the group phase of the 2019/2020 CAF Confederations Cup competition after they were knocked out of the Champions League by Tunisia side Etoile Sportive du Sahel.

Now billed to face FC San Pedro in a cracking two-legged encounter, they seem to be having a problem with luck and have lost experienced defender Wahab Adams to injury.

According to Emmanuel Osei Owusu who is a Medical Staff for the Kumasi-based club, the player has sustained a groin injury and will likely miss the first leg of the San Pedro clash at the Baba Yara Sports Stadium.

“He has a groin injury. It is the type that heals by itself, so we cannot put a definite time on when he would return”, he said in an interview on the Kotoko Express App.

The Reds will now be hoping other defenders can slot in his place when they welcome the Ivorians on October 27.