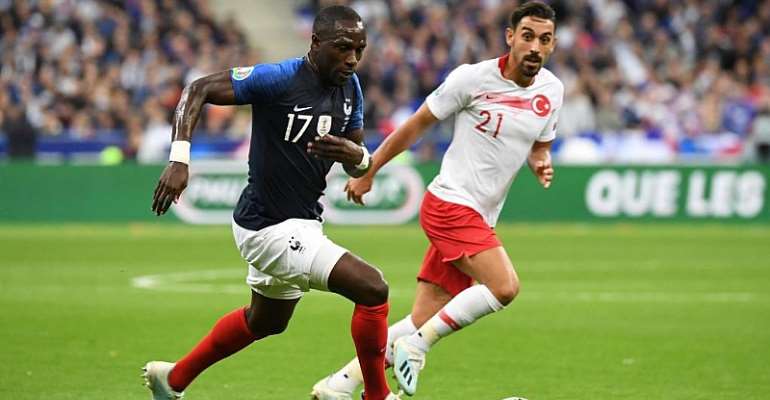 Earlier this week, French politicians and ministers called for sanctions against the Turkish national football team following the salute

France drew 1-1 with Turkey in the Euro 2020 qualifier amid mounting tensions after Paris condemned Turkey's military operation against Kurdish militants in Syria.

European football's ruling body UEFA had already said it would "examine" a military salute given by Turkish players during an earlier match against Albania.

But the sports minister said the controversy was unwarranted, and pointed to the fact that French star Antoine Griezmann had also given a military salute to President Emmanuel Macron in June.

"Those who remained quiet about Griezmann's military salute are trying to distort our national footballers' nice salute," Kasapoglu said in a televised press conference, holding up a picture of Griezmann's salute.

He said critics were trying to distract from Turkey's success in staying top of the qualifying group.

"Those who are trying to block out their failure on the pitch should give up on their efforts. The result is clear," Kasapoglu said.

Kasapoglu also warned UEFA to be "prudent" in its investigation of the salutes.

Turkey's operation against Kurdish militants in Syria, launched a week ago, has been widely criticised by the international community but has drawn widespread support at home.