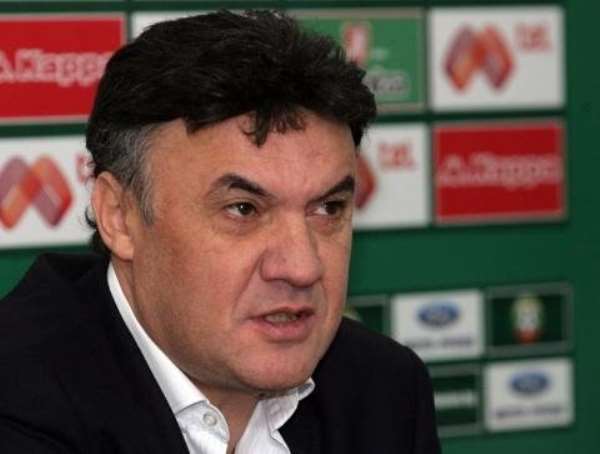 Borislav Mihaylov stepped down as president of the Bulgarian Football Union after the prime minister urged him to quit his post following racist abuse and monkey chants from Bulgaria fans towards black England players during their Euro 2020 qualifier.

Prime Minister Boyko Borissov called earlier for former goalkeeper Mihaylov to step down after Monday's match was temporarily halted by the referee to tackle abuse from the crowd under a three-step protocol by European soccer governing body UEFA.

Borissov's threat included the withdrawal of funding to the organisation until Mihaylov was out of his post.

His statement was welcomed by England attacker Raheem Sterling, himself a victim of racist abuse in the past, both domestically and while representing his country.

"Today the Bulgarian FA president Borislav Mihaylov has resigned from his position – his letter of resignation will be presented to the members of the FA’s Executive Committee at this Friday’s meeting," a statement read.

"It comes after the pressure that has been generated over the past few days; a situation that is not positive for Bulgarian football or the Football Union itself.

"After so many years in the position and because of his network of international contacts, Mr Mihaylov has said he is ready to continue helping Bulgarian football to develop in any way possible.”

The anti-racism charity Kick It Out called for UEFA to take drastic action after Monday's events.

“It’s now time for UEFA to step up and show some leadership,” a statement read. “For far too long, they have consistently failed to take effective action. The fact Bulgaria are already hosting this game with a partial stadium closure for racist abuse shows that UEFA’s sanctions are not fit for purpose.

“There can be no more pitiful fines or short stadium bans. If UEFA care at all about tackling discrimination – and if the Equal Game campaign means anything – then points deductions and tournament expulsion must follow.”