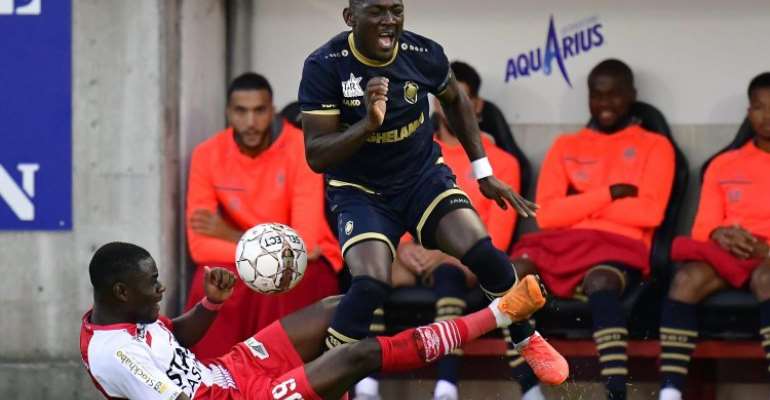 The former Ghana u-20 star joined the Belgium top-flight side during the summer transfer window to augment their squad in a bid to make them title contenders to rock shoulders with the heavyweights in the division.

A good start to pre-season ended sadly when Opare was stretched off in a friendly game against Brasschaat. Following subsequent examinations, it was revealed that he had suffered a knee injury and will spend 6 months on the sidelines.

After four months, however, he has made progress and has started training as he looks forward to joining his teammates later this week when the international break is over.

Royal Antwerp currently sits 4th on the Belgian Jupiler League standings and the return of Daniel Opare surely gives them a squad boost in their quest to enjoy success at the end of the season.