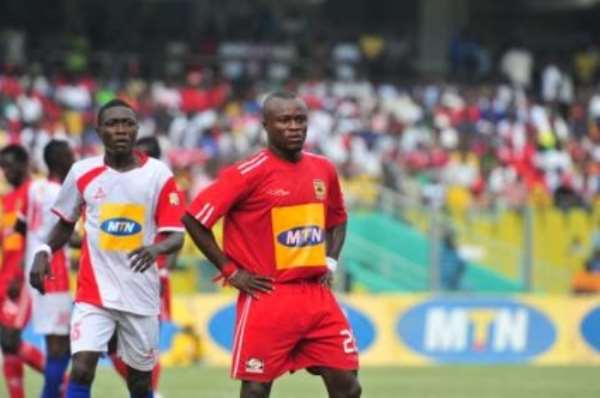 The striker recently parted ways with Techiman Eleven Wonders by mutual consent after playing a key role for the side during their exploits in the Ghana Football Association (GFA) Normalization Committee (NC) Special Competition.

Due to the uncertainty of the return of the Ghana Premier League, Asamoah has secured a transfer to Benin that will see him for playing for UPI-ONM FC in the 2019/2020 season.

The veteran has reportedly penned a one-year contract but could see his stay extended if he manages to impress and show good fitness at the end of the campaign.

He has in the past played for B.A United, AshantiGold, ES Sétif, and Berekum Arsenals. His experience will be key for his side as he looks forward to writing a new chapter in his career.