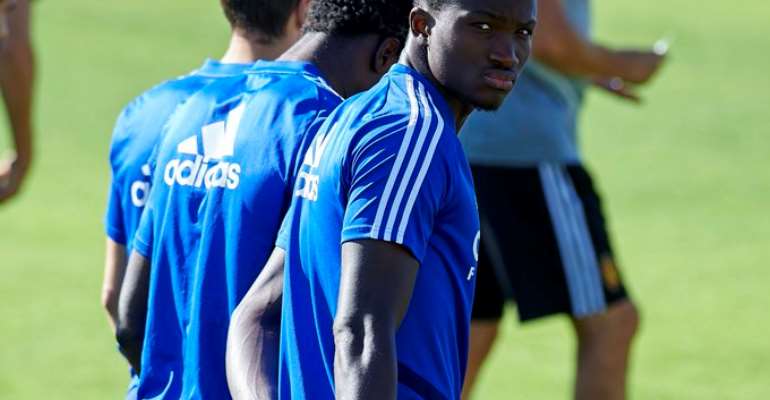 Real Zaragoza have asked Ghana striker Raphael Dwamena to stay aside from playing active football after the medical team detected a heart problem.

Setback have not been disclosed by the Spanish second division outfit where the play is on loan from top-flight Levante.

"The Medical Services of Real Zaragoza have detected during the development of medical tests a health problem in the footballer Raphael Dwamena that prevents him, for the moment, sports. The player will undergo further tests to specify the extent of his illness. Real Zaragoza relies on a speedy and full recovery of Raphael Dwamena," a club statement read.

The 24-year-old returned to FC Zürich when his move to Albion collapsed and was fitted with a heart-reading chip.

He signed a four-year deal at Levante ahead of last season, during which he scored one goal.

Iy would be recalled that English Premier League side, Brighton and Hove Albion pulled out of a £10 million move for the Ghana international striker in the summer of 2017 when rigorous medical checks identified a heart condition which led to the cancellation of the deal.