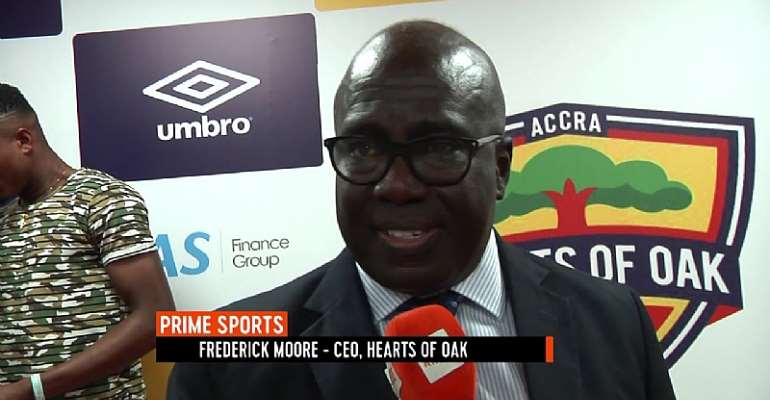 This decision, according to the highest decision-making body has to do with the endorsing of Amanda Clinton among other issues.

Surprisingly, some influential supporters of the club had reported to the board that the former CEO of the Institute of Chartered Accountants was an ardent and dyed in the wool supporter of Asante Kotoko in his schooling days which came up in a board meeting last Tuesday.

Hearts of Oak according to the source, had inquired from the GFA if they could replace the MD and the plan was to replace him with Mr Frank Nelson Nwokolo but that was not possible, hence the directive to withdraw his candidature.

Another board member when contacted also refused to comment about the matter and only said, “Its a very difficult situation, I can’t also comment as the MD said he can’t."

In a related development, the same board meeting that took this decision has also mandated Hon Vincent Sowah Odotei and NCC Chairman Elvis Heman Hesse to represent the club at the next Elective Congress.