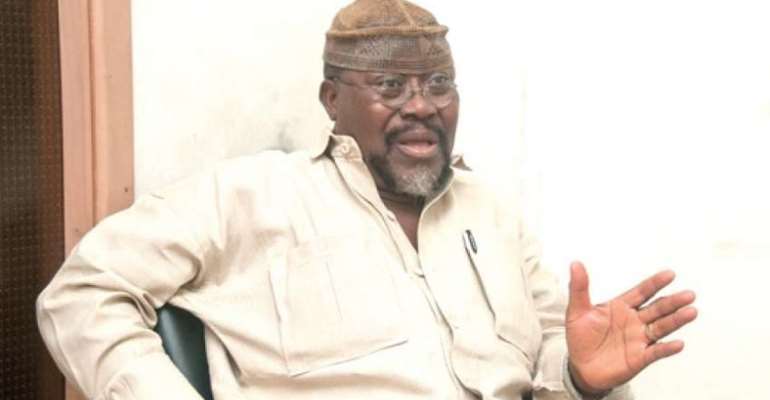 The work of the Vetting Committee of the Ghana Football Association (GFA) has come under intense scrutiny by Dr Nyaho Nyaho-Tamakloe who is questioning the rationale for disqualifying one candidate when other candidates also have unresolved issues.

In the view of the onetime GFA chairman, the considerations leading to the disqualification of Wilfred Kwaku Osei (Palmer) must be applied equally to fellow candidates George Afriyie and Kurt Okraku who, similarly, have damning football-related issues hanging on their necks for which reason he felt they should have also suffered the fame fate as Palmer.

In an interview with the Graphic Sports yesterday, the former GFA boss expressed his disappointment at the decision to apply different measures in dealing with the conduct of different contestants when they appeared before the vetting committee.

Last Friday the Vetting Committee presented its report to the GFA Normalisation Committee, which announced the disqualification of the Tema Youth FC president from the presidential elections, while two others were disqualified from contesting the Regional FA positions.

Questioning that decision to approve Dreams FC boss Mr Okraku and Okyeman Planners president for the elections, Dr Nyaho-Tamakloe said it was important for the final report to be reviewed to ensure justice was served for all the candidates.

Explaining further, the Hearts of Oak director said if the committee did not see Palmer deserving of being part of the FA presidential race, then Messrs Okraku and Afriyie had no business being there too, since the issues they were involved in touched on their integrity for which reason they did not merit to contest for Ghana football’s biggest position.

Making reference to government's White Paper issued after the Justice Senyo Dzamefe Commission's report on Ghana's 2014 FIFA World Cup campaign Brazil, he said Mr Afriyie was indicted for some misconduct as Black Stars management committee chairman and was as undeserving of the position as Palmer.

"The Government's White Paper on the Justice Senyo Dzamefe Committee recommended that George should not get near the national team because he and his management could not account for over $400,000 after the Brazil 2014 World Cup," he stated.

The furious ex-GFA boss also questioned the decision to give the Dreams FC boss the green light when "Kurt Okraku and his team, Dreams FC, were found guilty of fraudulently changing the identity and details of a player [Cudjoe Mensah changed to Daniel Gozar]"

On Palmer, Dr Nyaho-Tamakloe said, "he challenged the government after the Anas exposé went on air to say the Black Stars were losing because we were not paying bribes. He went on to sell a player (Joseph Paintsil) and has, till date, refused to pay the FA's share of the transfer money,” he charged.

Those infractions, he said, were facts which deserved equal punishment and not the selective justice that had been displayed by the Election Committee and wondered whether those issues came to the fore when the Committee was making their final pronouncement.