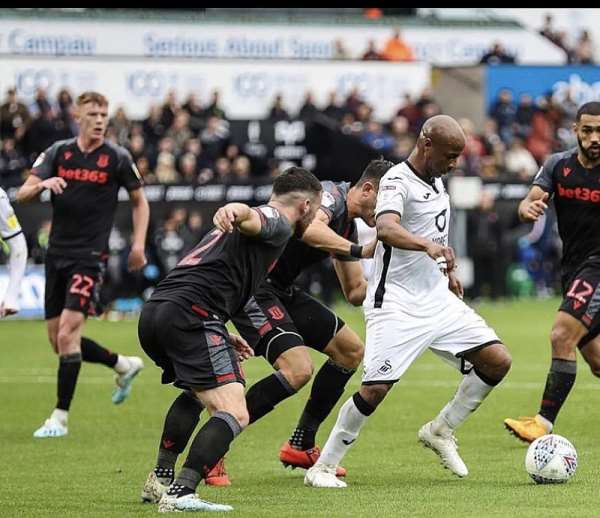 Andre Ayew has called on his Swansea City teammates to keep on fighting despite suffering home defeat to Stoke City in the English Championship on Saturday.

The Swans took an early lead through Black Stars captain who fired home his effort under a minute into the first half.

The Potters would go on to equalise in the 22nd minute via old Swan, Sam Clucas, before substitute Scott Hogan scored the winner at the death to gift Nathan Jones’ side all three points and their first Championship win this season.

Swansea have now dropped from top spot on the log to fourth, one point behind new leaders West Bromwich Albion.

Ayew played the entire 90 minutes and had two shots which were on target.