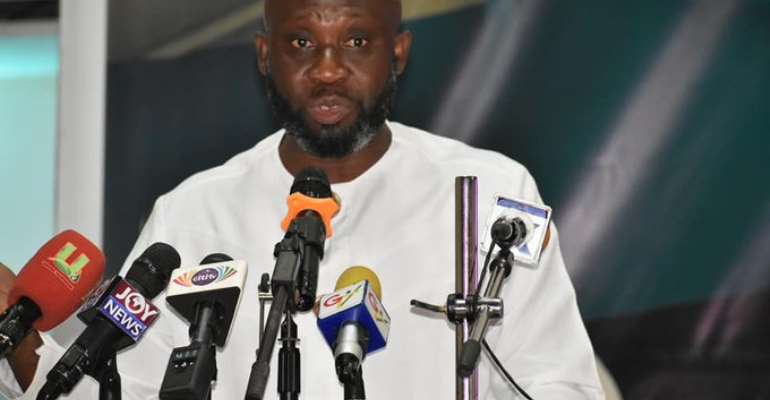 George Akwasi Afriyie has unveiled his policies ahead of the Ghana Football Association presidential elections.

The astute football administrator launched his manifesto dubbed redemption, revival and restoration of the Ghana Football Association in the Bono regional capital, Sunyani on Saturday.

The well-attended event was held at the Eusbett International Conference Centre in Sunyani.

Mr. Afriyie was among the six candidates who were announced by the vetting committee of the Normalization Committee to vie for the vacant Presidential position.

Former Black Stars players, traditional leaders, several football administrators and journalists were all present at the launch of the manifesto.

According to the bankroller of division one side Okyeman Planners, the launching of the manifesto in Sunyani the capital of Brong Ahafo Region was strategic because it is the biggest constituency in Ghana football

In his address, he highlighted some of the things in the manifesto which will be implemented when voted into power such as transparency, the introduction of IT to Congress, setting up a board to manage colts football, effective and strong match review panel and a host of others

Below is George Afriyie's policies if elected as Ghana FA president.