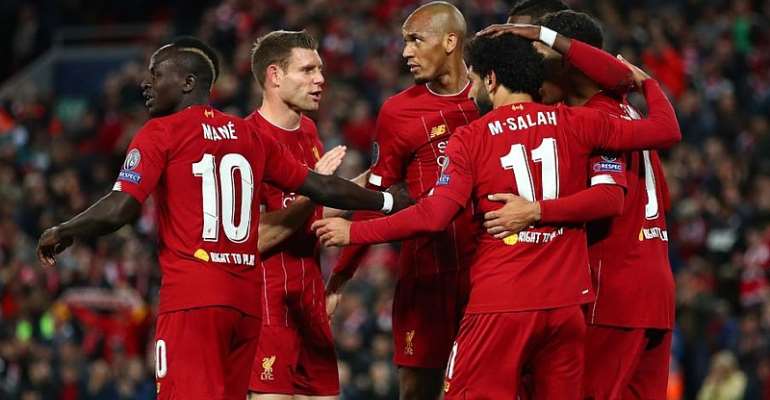 Liverpool survived a huge scare to get their Champions League defence back on track as Mohamed Salah scored twice in a thrilling 4-3 win over Salzburg at Anfield, despite blowing a three-goal lead.

Sadio Mane opened the scoring against his former club before Andy Robertson and Salah put the holders in command inside the first 36 minutes before Salzburg bore their teeth.

Liverpool's storied history in this competition has been littered with famous comebacks from 3-0 down, but the shoe was nearly on the other foot after halftime as Salzburg threatened an incredible recovery.

The Austrian champions' teenage striking sensation Erling Braut Haaland was only fit enough for a place on the bench, but they still packed a punch going forward and were rewarded when Hwang Hee-Chan pulled a goal back just before halftime.

Takumi Minamino and Haaland, just four minutes after coming on as a substitute, then brought Salzburg level on the hour mark.

However, Salah had the final word as the Egyptian smashed home the winner 21 minutes from time.

Liverpool were under pressure to make fortress Anfield count after losing 2-0 to Napoli on matchday one.