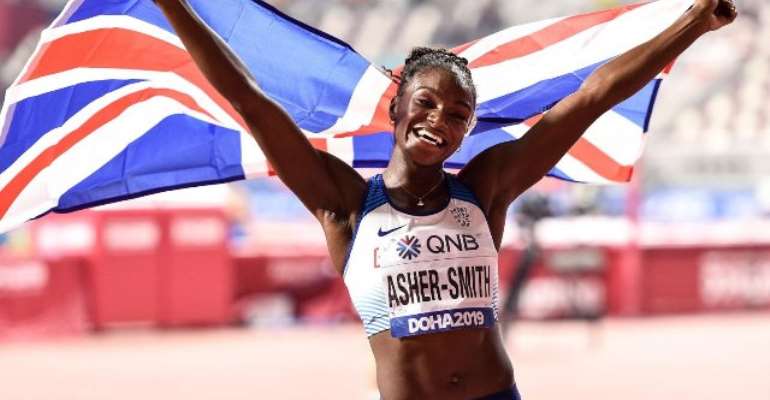 Dina Asher-Smith withstood the pressure of the tag of favourite to claim the biggest title of her career so far.

The 23-year-old had picked up Team GB's first medal of the World Athletics Championships earlier in the week as she finished second to Shelly-Ann Fraser-Pryce in the 100m.

Asher-Smith then cruised through the rounds in the 200m, the event in which she finished fifth in 2015 and fourth in 2017.

She burst out of the blocks and led off the bend by a good metre before streaking home in a time of 21.88 seconds, a new national record, with Brittany Brown of the USA in second and Switzerland's Mujinga Bambundji in third.

"I'm tired too! It's been a long week. I woke up today thinking 'this is it and this is the moment I did all the work for' so the tiredness disappeared."

She took a lap of honour with a tear in her eye having won two medals in a global event for the very first time and with Tokyo less than a year away, a first-ever individual Olympic title beckons.

"I dreamed of this and now it's real. It means a lot," Asher-Smith added.

"I'm going to enjoy it but I'm also going to use it as motivation going forward to the big one next year."